As many of you may have gleaned, I am a financial writer as well a bookseller, editor, etc. At the beginning of each year, I analyze the previous year. These are the figures I used in this year's analysis, complete with sourcing. Help yourself to them and spread the truth. Sorry they are so fuzzy, but most are easy to rebuild. Click on a figure to see the whole thing. 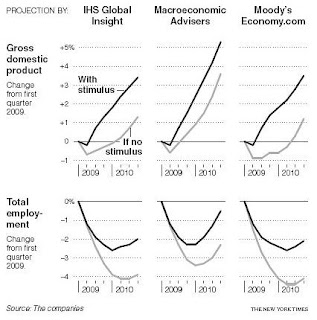 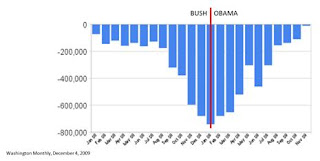 Above, the job loss "smile" chart used on Rachel Maddow's show that covers 1/08 to 11/09. I added the Bush/Obama dividing line. You can clearly see recovery charted in fewer jobs lost.

Above, this is a nice way to contrast the large few and the many smaller banks. It shows people that though we heard a lot about big banks giving away big bonuses, the financial sector as a whole was far from leading the 2009 stock parade. This is a sector ranking based on a breakdown of the stocks within the S&P 500. 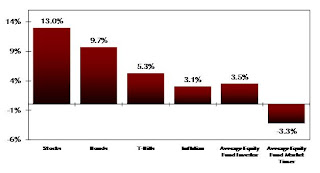 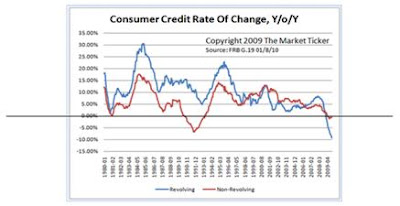 Above, this chart shows the rate of change in consumer credit rather than the growth of volume. Blue tracks revolving credit, red non-revolving credit (car loans). It's harder to see in this relativistic view, but 2009 is the only time since 1980 in which the total volume of credit card debt (blue) has decreased. I added in the horizontal line at zero to make that clearer. 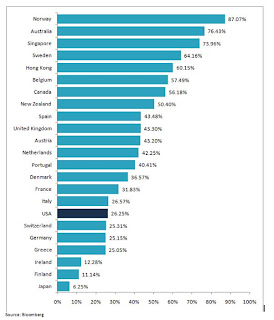 The one above and below are interesting to compare. Above, you see 2009 returns by country. Below, national debt by country. The table below comes from the CIA. I pulled out a lot of the third world countries that people expect to have heavy debt so I could highlight more familiar countries, that have more debt than we do. I kept all the European countries and put the names in red. Note all but one has more debt per GDP than we do--even conservative Switzerland. I kept India and China as the leading countries in the Emerging Markets boom and because China is such a big creditor of ours.

Above is our national debt in trillions by year as it has grown from 2000-2009. Below, the percentage that each president increased the national debt. Republicans are in red tones, Democrats in blue. 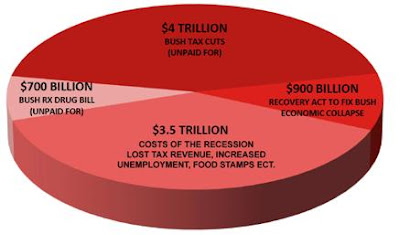 The annual deficit (distinguished from national debt) projected through the next decade based on 2009, before the recent budget phased out the Bush tax cuts. The main point here is that the Recovery Act is a small portion of the total.